The Amazing Journeys of The Adventuring Sproules 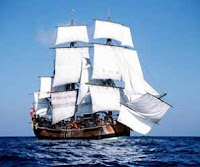 There were five of them! There were five Sproule brothers, five sons of Tullymoan, born between 1765 and 1780 on the farm near Clady, County Tyrone. From there, they made great journeys - the mileage covered by some of the brothers and their children was astounding!

The stories of their travels were largely lost to us over time, and it is great to be able to bring them back to life.

The Family in Samuel's Will

He names his four brothers and some of their children.  I have added some details which will give you an idea of some of the journeys undertaken by this family.

1. “Brother Robert of Strabane”
Robert is the first brother mentioned in Samuel’s will. He died in 1834 in Strabane, County Tyrone. Samuel names two of Robert of Strabane’s children:
·     Matilda Sproule - Matilda married William Gwynne in March 1828 in Strabane. She is also mentioned in the will of James of Mellmount.
·   “My Nephew Robert Sproule of Jamaica”  This is the Young Robert that I had found on the plantation in the parish of St George in Jamaica.
Young Robert lived in Jamaica for most of his life, however he made an amazing journey in 1855. He went from Jamaica to Australia to attend the wedding of his daughter. He then returned to Jamaica and on to Ireland! Robert of Jamaica died in Mulvin, County Tyrone in 1862.
This is the line of Sproules where the eldest son is called Robert to this day.

2. “My late brother William”
Brother William had died prior to 1828, the date of Samuel's will. Samuel leaves money to the widow and to her son:
·  “My Nephew Samuel Sproule” This is Young Samuel who I had found working as a Doctor in Bombay. Samuel Senior was fond of his nephew and he left £200 for his education and advancement in the first draft of his will.
Later Samuel added a codicil to his will specifically about Young Samuel:
“I have a particular wish to have my young nephew Samuel Sproule, only son of my late Brother William, to be provided for,  whom I entertain a favourable opinion of”
He requests that Young Samuel is moved from his school in Strabane to a school in London for a year or two.  He asks “my esteemed and proven friend Major Carnac” (James Rivett-Carnac) to get Young Samuel an appointment in the East India Company, and he provides money for this purpose.
No wonder the second Doctor Samuel Sproule did so well in Bombay!

3. “Brother James of Jamaica”
Samuel mentions Brother James of Mellmount and Jamaica only briefly, but it is enough to confirm that James was indeed one of the five brothers!

Here is just a taste of the mileage sailed by these folk.
James of Mellmount's eldest daughter was called Margaret Madden Sproule. Margaret was born in Jamaica in 1814 and she traveled to Ireland where she was married in 1836. Her spouse was her first cousin, Young Samuel Sproule, son of the late brother William. Young Samuel had gone to Glasgow to University, then to Bombay to work, but he traveled back to Ireland for the wedding. They then both sailed to Bombay, where he was stationed. Young Samuel died in a shipwreck in Marseilles, France in 1848, and Margaret died in Tyrone. Their son, William Knox Sproule was born in Calcutta, lived in Ireland, and became a big banker in Indianapolis. I got dizzy just writing that!

5. Samuel Sproule – Samuel, the author of this will,  was of course the fifth brother.
Samuel had gone to Bombay in 1797, travelled to England to marry Eliza Walker in 1818 and returned to Bombay to work as Head of the Medical Board there. In 1827 Eliza and Samuel travelled from Bombay to live in Cheltenham in England, where they both died.

I was thrilled to have this confirmation! They were indeed all brothers from the home farm in Tullymoan, County Tyrone. For two whole days I basked in the rosy glow of a job completed. But wait! There were a couple of loose ends. Who was the Uncle Andrew Sproule who had been in Jamaica and had left the money? There was no mention of him. He had died in 1801. Was he from an earlier generation of travelling Sproules?

And who was the Robert Sproule in the entry from the Strabane Journal?

DIED July 22, 1828
On Friday last, at Castletown, Mrs Sproull, relict of the late Robert Sproull, Esq. of Bombay, at the advanced age of 80 years.
Who was this Robert Sproule? He must have been in Bombay in the mid 1700s! There had to have been an earlier generation of them, and they had to be related!

On the third day I cranked up my trusty laptop and got stuck in again!