The Beginning of the BIG Story

The story of James Sproule of Mellmount and Jamaica is the BIG story that I found in my family history. It's a good story, with scandal, tragedy, romance and a twist at the end! Over the next few posts I will attempt to piece it together.

I was at a very early stage in my genealogical research when I first came across the last Will and Testament of James Sproule of Mellmount. It was up on the Tyrone Genealogy Website and it captured my attention straight away with its intriguing insight into a very different world.

James Sproule had written his Will in 1840 in his home called Mellmount, on the outskirts of Strabane, County Tyrone. The Will begins gently enough with a brief legacy to Brother Andrew, and then another equally brief mention of the wife of his late Brother William and their children. Then, without any preamble, he goes straight into more detailed legacies:

"To my reputed Daughter Jane Sproule of Bath Jamaica I bequeath the remaining part of my freehold of land in Jamaica named Rose Mount now partly occupied by my late negroes for her sole use & her son James Sproule Wilson ..." 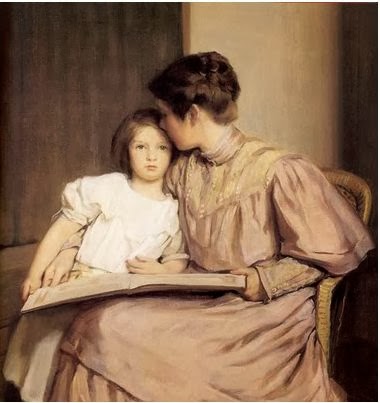 My first thought was, of course, of his wife Charlotte. Her husband had died in a shipwreck off Morant Bay in Jamaica in December 1840. Charlotte and the seven children were at home in Ireland. I imagined her sitting in a big drawing room in her mansion, with her seven grieving children gathered round. Then she hears the Will - not one, but two ‘reputed’ daughters, and one of them is to get a plantation in Jamaica! What kind of man was this James Sproule to do that to his family?

After some months I made the rather shocking discovery that yes, this same James Sproule of Mellmount and Jamaica was my great, great granduncle! He was one of five brothers born on the Tullymoan farm in Urney, County Tyrone in the 1760s. Now I had to go back to the Will to find out more about this degenerate relative! How did he get from Urney farmer to father of ‘reputed’ children in Jamaica?

When I re-read the will, now with more interested eyes, it actually got worse! From my reading of it, ‘reputed’ daughter Eleanor is currently living with them in Mellmount:

“...should she wish to remain with the family to get her board gratis and five pounds annually for nothing in lieu of interest”

Is this possible? James had brought an illegitimate child into the family under the roof of poor Charlotte, his wife! When did she arrive? James had lived in Jamaica since the early 1800s. He seems to have returned to Ireland with his family in the late 1830s. Did James arrive with wife Charlotte, seven children and reputed daughter Eleanor?

It didn't take long before the next thought penetrated. James Sproule owned plantations in Jamaica, and those plantations had slaves. Was the mother, or perhaps mothers, of the two reputed children actually slaves?

I now had a mission. I wanted to trace my two cousins, Eleanor Sproule and Jane Sproule, both born in Jamaica, and both possibly the children of slaves.


* EPISODE 2 of this story-  In Jamaica - James and Other Sproules

If you wish to use any part of this research, any name or relationship on the family trees, please cite the author of that specific post, and also this Sproule Genealogy blog.
Thanks folks!