The Reputed Son of Samuel Sproule

This is the sad tale of my cousin Harry Robertson Sproule, a story that I still find thought provoking. 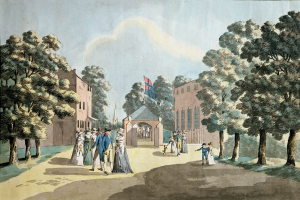 My great, great uncle Samuel Sproule, former First Member of the Medical Board of Bombay, had spent some thirty years working in India.  When he left India in 1827 he settled in Cheltenham, England, home of so many retired East India Company folk that it became known as the city of Colonels and Curries!

Samuel brought with him from India his wife Eliza, their only child Ann Jane and his ‘reputed son’ Harry Robertson Sproule. Harry was his illegitimate son and Samuel had taken him into his family.

Samuel Sproule was from Ireland where, in the 1800s, having a child out of wedlock was condemned.  However, in the East India Company culture of that time, it seems that having a ‘reputed child’ with a local Indian lady was quite acceptable. In its early days, the East India Company actively encouraged Anglo-Indian liaisons and marriages. Surprisingly, inter-racial marriages were socially acceptable to the British, and the offspring, official or otherwise, were favoured by them. I wonder if the same could be said of the Indian culture? How did they view these relationships?

This was the situation when Samuel arrived in Bombay, India, in 1797. So it is likely, but of course not certain, that Harry’s mother was an Indian lady. 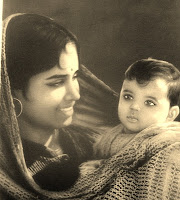 Harry Robertson Sproule was born on 25th September 1809, nine years before Samuel married his wife Eliza. Harry was baptised in Bombay five years later, on 30th December 1814 and Samuel Sproule is the only parent named on the baptism certificate.

Bhema, the Indian Lady in the Will

Samuel wrote the first draft of his will on 30th of January 1828 when Harry was 18 years old.  He tells us that Harry is now living with him in Cheltenham in England. There is no mention of Harry’s mother in the will. However, Samuel does leave a bequest to an Indian lady:

Samuel does not give an address for Bhema, a way to contact her regarding her inheritance. We can assume, therefore, that either the Executors knew this lady or that Bhema was indeed Harry’s mother, and he would know how to find her. Bhema was living in Surat near Bombay, and Samuel was stationed there for some time. Was Bhema Harry's mother, or could she have been simply his long-term housekeeper?

In his will, Samuel leaves a trust fund of £2000 to his 'reputed son' Harry Robertson Sproule. This is a large sum of money, and Harry is to receive the interest on this annually during his lifetime. Samuel leaves the bulk of the estate to his only legitimate child, Ann Jane, who was only nine years old at the time of the will. However, he states that should Ann Jane die before the age of 21 or without issue, his estate is to go to the eldest son of Harry Robertson Sproule.

Samuel obviously sees Harry as his second heir. However, why leave the money to Harry’s son and not to Harry himself? Harry was just 18 years old at this time. It could well be that Samuel was already having doubts about his reputed son Harry.

The Codicils to the Will

During the period between the first writing of the will in 1828 and his death in 1829, Samuel added two codicils to his will that concerned Harry. In the first of these, there are indications that poor Harry is not excelling in the English education system:

“I intended my reputed son Harry Robertson Sproule to be brought up to Law or Medicine, but this plan for several reasons I have relinquished. Therefore I think some retail kind of business such as a grocer or being a clerk in an office would be best suited for him.”

He requests that his son should go to a Commercial School for a year, and he provides money so that Harry can then set up his own business. Samuel cautions his Executors that they must approve the said business, otherwise Harry is not to be given the money. He adds a brief insight into his view of his son:

“The youth I believe possesses upright moral principles but is at present free from any serious habit.”

The End of the Story

Sadly, we know the end of this story, for it is in the last codicil to Samuel's will. Here Samuel tells us that his reputed son Harry Robertson Sproule has died, and that his legacy should go to Ann Jane.

Harry died on the 22nd July 1828 in Brighton, England. He was still just 19 years old and he had died a long way from his home in India.

Those were strange times indeed. Did Samuel do the right thing by Harry? Would he have been better off at home in India? I am sure that Samuel himself pondered on these questions. But what was definitely important to Samuel was to recognise that Harry was a member of his family, a member of our family. Harry Robertson Sproule was my first cousin three times removed, and he belongs in our family tree.


Thanks to FIBIS, Families in British India Society,  for their super database which helped in tracing this story.

The story of Samuel is in Samuel Sproule, President of the Medical Board of Bombay
Posted by Kate Tammemagi at 09:51