Samuel Sproule, President of the Medical Board of Bombay 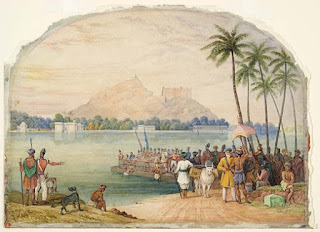 It is a long, long way from the green fields of the Sproule farm in County Tyrone, Ireland to the hot, humid streets of Bombay. In 1797, when the 21 year old Samuel Sproule of Tullymoan first made the journey, it would have taken over three months in a rolling sailing ship to travel the four and half thousand miles from Liverpool to Bombay.

The young Dr Samuel Sproule, recently qualified Member of the Royal College of Physicians, was a cadet in the service of the East India Company. He was going to take up his first position in the Bombay Medical Service.1  Samuel Sproule, brother of my great, great grandfather Andrew Sproule of Tullymoan, Urney, County Tyrone, was to finish his career at the very top of the medical world there, as President of the Medical Board of Bombay.2 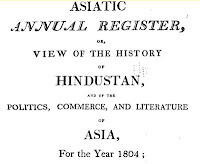 The Honourable East India Company began as a co-operative of powerful merchants who eventually controlled all of the trade on the Indian sub-continent. It was a private Company that grew to become ruler of India with its own armies and with control of all administrative functions. The Directors of the East India Company were the elite, and they became rich and powerful men.

It was into this world that young Dr Samuel Sproule arrived as an assistant Surgeon in 1797. In June 1803, he was promoted to Surgeon3, and in 1808 he distinguished himself by driving a major campaign to test small pox vaccination in the area of Kattywar, in Gujarat.4  The expedition to Kattywar was led by a Major Alexander Walker, from Scotland,  who was to become one of Samuel’s life-long friends.5

Mixing with the Elite

Despite having come from a modest farming background in County Tyrone, Samuel Sproule seems to have survived well in the social world of the East India Company Raj. He was a member of the Literary Society of Bombay and of the Asiatic Society.6  His friend Alexander Walker had become an influential General and another friend, Major James Rivett-Carnac, became a Director of the East India Company.

General Alexander Walker retired in 1812 and went back to live on his recently purchased estate called Bowland, near Edinburgh in Scotland.7  Alexander Walker had in his charge Eliza Walker, daughter of his late brother William. Samuel Sproule travelled from Bombay to marry Eliza, the niece of his friend, at the Bowland Estate on 10th November 1818 8.  The newly married couple returned immediately to live in Bombay. Eliza and Samuel had several children but only one survived, Ann Jane Sproule born in 1819 in Surat, India.

The Summit of Dr Sproule's Career

Samuel Sproule became first Member of the Medical Board of Bombay on November 11th 1826, with the title of President11. He was at the top of the tree, he had achieved the most senior medical position in the Presidency of Bombay.

Unfortunately, Samuel’s career at the top was a short one. Within a year of his appointment, in November 1827, his wife Eliza died at just 31 years old.12  She was at their home in Cheltenham in England at the time of her death and I can only speculate that they had left for England due to her illness. It was in Cheltenham just 18 months later that Samuel himself died on 30th May 1829, aged 53. 13

The Legacy of Samuel Sproule 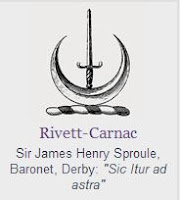 The only daughter of Samuel and Eliza, Ann Jane, went on to live in Bombay. Samuel’s good friend James Rivett-Carnac became Chairman of the East India Company and then Governor of Bombay.  Ann Jane Sproule married his son, Sir John Rivett-Carnac on 19th December 1840. 14